Learning basic Japanese greetings is one of the first things you do as a Japanese student. The Japanese language is very contextual and what you say depends on who you are talking to.

Japanese people are big on formality so you should always use the correct form. For example, you use the honorific and humble forms in the work place with your managers and clients.

We cover many Japanese phrases and Japanese greetings at JapaneseUp. Today, in this post, you’d learn the right way to say hello in Japanese.

First, know that even though hello is a common greeting in English, there isn’t really an exact translation in the Japanese language.

Depending on the time of the day, Japanese people usually greet each other using good morning, good afternoon or good evening instead.

How to Say Good Afternoon in Japanese

Konnichiwa is the standard way to say hello and is applicable in most settings. You can use this all-purpose greeting for anyone, regardless of social status.

You can’t go wrong with this phrase. If you only remember one phrase from this post, make it this one.

This is how Japanese people pronounce konnichiwa:

How to Say Good Morning in Japanese

You use this phrase to say hello when greeting someone before lunch.

Try pronouncing it out loud along with the video:

If you are feeling lazy, you can also shorten your morning greeting to お早う・おはよう (ohayō) when speaking to friends and others with whom you are on familiar terms.

How to Say Good Evening in Japanese

You use this phrase to say hello in the evening. After dinner, you would begin greeting others with this phrase rather than konnichiwa.

Here’s a video demonstrating how to read and write this phrase (this dude has beautiful handwriting!):

Pop quiz: When you write konnichiwa and konbanwa, which hiragana character do you use for the letter “wa”?

If you answer は, you got it correct! Please do not use わwhen you write こんにちは(good afternoon) and こんばんは(good evening). Many beginners mix up は and わ here.

The correct hiragana to use in both cases is は, not わ.

Regardless of whether you are the caller or the person being called, you answer the phone with “moshi moshi.”

Note: This phrase is much more appropriate to use for phone conversations than konnichiwa. You should not use moshi moshi to say hello in person unless you are being sarcastic.

There is even a special phrase you use to greet people you have not seen recently. It means something like “long time no see ” or “it’s been a while” in English.

You would usually use this greeting upon meeting a friend or a close family member you have not seen in several weeks, months, or years.

Other Japanese Phrases Related to Hello

How to Say Good Night in Japanese

Here’s how to pronounce oyasumi nasai:

Note that this phrase is more often used in parting as a way of saying “goodbye” late at night rather than “hello.”

You might get some strange looks if you use this when you meet someone, even if it’s really late in the night.

When you are among friends, classmates, close family members, or anyone else with whom you can speak to familiarly, this phrase can also be shortened to お休み・おやすみ(oyasumi).

How to Say Goodbye in Japanese

You can use this phrase in casual correspondence and conversation:

It means see you later in English.

Another phrase for goodbye is:

Though this phrase is rather well known among foreigners, it is quite formal and not used that often by the Japanese in their daily conversations. It carries the connotation of farewell.

How to Say How Are You in Japanese

This phrase literally means something like “are you in good health” and is commonly uttered when meeting someone you know.

How to Say Nice to Meet You in Japanese

If you are meeting someone for the first time, you can say:

If you want to be extra polite, you can follow up immediately with this phrase below:

This means “I am looking forward to working with you” or “Thanks in advance for your cooperation.” When first meeting someone, you’re opening up a relationship with the person.

So you use this phrase to thank the other person in advance for things he/she hasn’t done yet but will do for you in the future. It seals a deal or solidifies a relationship.

Showing Respect via the Japanese Bow

どうぞ宜しくお願いします is usually accompanied by a deep and heartfelt bow, and is the “secret password” of the Japanese language which opens every door.

When you meet someone, you often bow as a sign of respect. The bow is equivalent to a respectful handshake in the Western world.

A bow can be initiated be either party (though often the greeter). When you receive a bow, bow back.

You should bow at least as low as, though preferably slightly lower than the one who bowed first. Bowing lower is a sign of respect.

So try to bow lower than the person giving the bow if they are of higher social status than you, or if you do not know that person.

Here’s a video demonstrating how to bow in Japan:

Bow with your arms at the side, eyes facing the same direction as your head. Make sure to bow from the waist. Bowing with just your head or shoulders is very casual and can be seen as rude.

Here’s a great infographic on how to bow and how not to bow in Japan.

How to Say Hi & Hey in Japanese Slang

When you hang out with close friends, you can be super casual and use innuendos and slang words. Let’s take a look at how to say hi and hey in Japanese among buddies.

Warning: These slang words are only meant to be used with close friends. Do not say any of these words and phrases to someone older than you or to strangers of any age.

And even more importantly, do not use these phrases in the work place with your managers or clients!

A book that’s clearly not suitable for work: 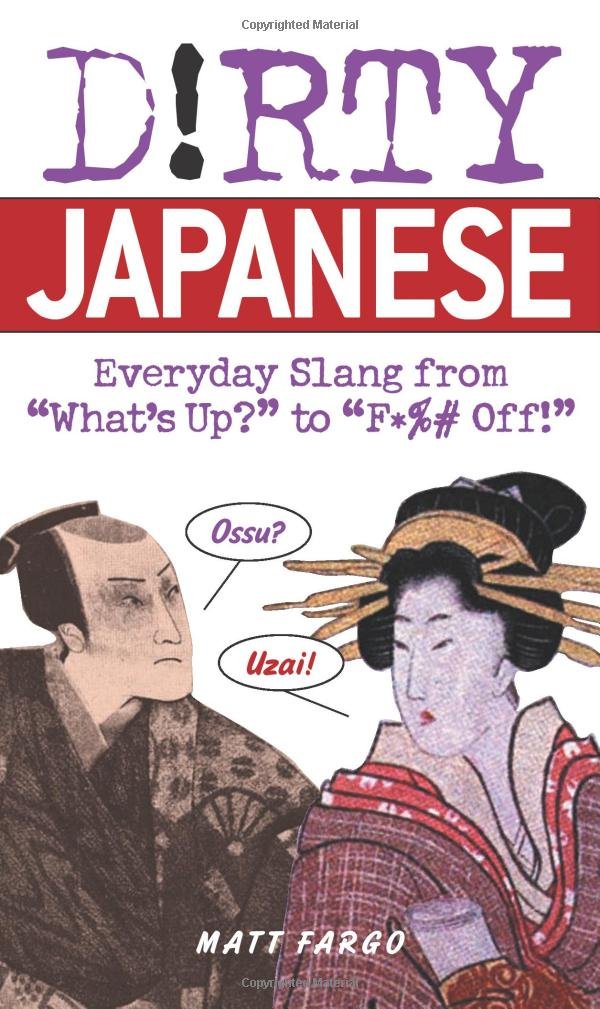 How to Say Hi in Japanese Slang

This word is a slang variation of konnichiwa and it sounds less stiff. You use it when you meet and greet friends.

And this is a tad more conservative than おっす(ossu), which you’d learn about below.

Note: If you are being introduced to someone for the very first time, sorry, you’d have to stick to konnichiwa.

How to Say Hey in Japanese Slang

This word is the usual way of saying “hey” or “hi” as a friendly greeting to some close friends. Do not use it with strangers as it is a bit too much and rather impolite.

How to Say What’s Up in Japanese Slang

Originally an extremely formal word used in the military, this word is still commonly used by martial arts practitioners.

Nowadays, it is a slangy way to say hello among young people. Friends use it to greet each other and it can have many variations.

This is a very informal greeting used between close male friends or close male relatives around the same age.

This phrase is not usually used between female friends or between friends of opposite genders. It is somewhat similar to saying “hey, man!” or “hey, dude!” in English.

How to Say How’s It Going in Japanese Slang

This question can be used at social gatherings with friends and is a safe phrase to ask people how they are doing. It can mean “how have you been,” “what’s new,” or “what’s happening.”

Another variation to ask what’s new is:

Like most other informal greetings, you should only pose this question to someone you are on familiar terms with, like a friend, sibling, or a close classmate/coworker.

Hope this post helped you to say hello in Japanese the right way. Remember, formality is an important aspect of Japanese communication.